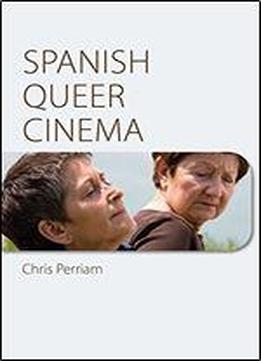 Since the Catalan government passed the first of Spain's regional governmental laws on same-sex partnership in 1998, lesbian, gay, bisexual, transsexual and queer culture in Spain has thrived. Spanish Queer Cinema assesses the impact of this significant cultural expression on Spanish Cinema and evaluates the role LGBTQ film has had in creating and shaping identity and experience. Focusing on films from 1998 to the present day, Chris Perriam skilfully analyses the development of LGBTQ filmmaking and filmwatching in Spain and places this within the wider cultural context. Covering lesbian cinema, gay and queer documentaries and short films, as well as mainstream features, the book investigates how LGBTQ films are distributed and how audiences react to them. It includes discussions of film festivals, cultural centres and social networking sites and it places the filmwatching experience within the context of other cultural activities such as television viewing, reading, surfing, downloading and festival-going. It assesses the importance and impact of Spanish queer cinema on the construction of LGBTQ identities and experiences. An informative and thought-provoking book, Spanish Queer Cinema is an essential read for students and scholars working in the fields of Film Studies, Spanish Studies and Cultural Studies.