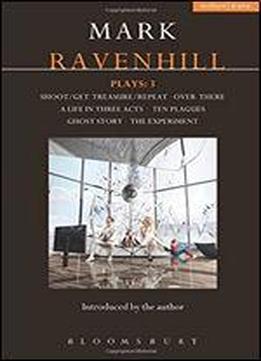 'Ravenhill has more to say, and says it more refreshingly and wittily, than any other playwright of his generation' Time Out Shoot/Get Treasure/Repeat: 'A dramatic cycle that is, in its way, epic, but is splintered into many small shards touches deftly on the impact of war on everyone involved' Financial Times Over There:'Ravenhill explores postwar Germany's division and unification through the power battles between twin brothers. The result is fantastically clever and ingenious' Guardian A Life in Three Acts: 'By turns charming, funny, informative and, in its final segment, lump-in-the-throat moving as Bourne charts the loss of friends and lovers to Aids, and contemplates old age' Guardian Ten Plagues: 'A remarkable song-cycle it's the portrait of grief beyond measure that's so affecting and which this moving hour of solitudinous lamentation, confusion and defiance brings beautifully to the fore.' Telegraph Ghost Story: 'both a satire and a moving story about illness' Guardian The Experiment: 'Mark Ravenhill keeps things creepy in his monologue, The Experiment, in which he plays the satiny-voiced, slippery narrator The story, and the narrator's level of complicity, keeps shifting. Ravenhill asks us to consider which version, if any, might be acceptable, and how much we might be willing to avert our eyes from for the greater good.' Independent