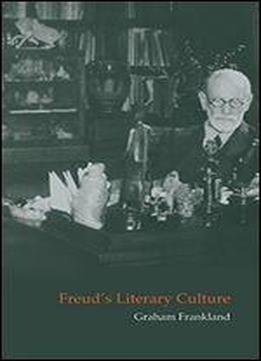 This original study investigates the role played by literature in Sigmund Freud's creation and development of psychoanalysis. Graham Frankland analyses the whole range of Freud's own texts from a literary-critical perspective, providing a comprehensive reappraisal of his life's work. Freud was steeped in classical European literature but seems initially to have repressed all literary influences on his scientific work. Frankland traces their re-emergence, examining in detail Freud's many literary allusions and quotations as well as the rhetoric and imagery of his writing. He explores Freud's own attempts at analysing literature, the influence of literary criticism on his approach to analysing patients and his creation of psychoanalytical 'novels', quasi-literary fictions fraught with profoundly personal subtexts. Freud's Literary Culture sheds new light on a multi-faceted, contradictory writer who continues to have an unparalleled impact on our postmodern culture precisely because he was so deeply rooted in European literary tradition.