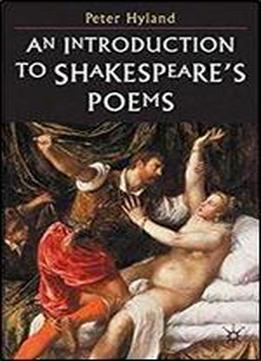 An Introduction to Shakespeare's Poems provides a lively and informed examination of Shakespeare's non-dramatic poetry: the narrative poems Venus and Adonis and The Rape of Lucrece the Sonnets and various minor poems, including some only recently attributed to Shakespeare. Peter Hyland locates Shakespeare as a skeptical voice within the turbulent social context in which Elizabethan professional poets had to work, and relates his poems to the tastes, values, and political pressures of his time. Hyland also explores how Shakespeare's poetry can be of interest to 21st century readers.