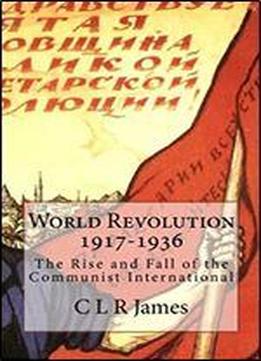 World Revolution 1917-1936: The Rise And Fall Of The Communist International
Tags:

Cyril Lionel Robert James (1901 – 1989), who sometimes wrote under the pen-name J.R. Johnson, was an Afro-Trinidadian historian, journalist, socialist theorist and essayist. His works are influential in various theoretical, social, and historiographical contexts. His work is a staple of subaltern studies, and he figures as a pioneering and influential voice in postcolonial literature. His work is often associated with Caribbean and Afro-nationalism, though James himself contended that the "either-or" was a false dichotomy, and that Caribbean peoples were indebted to European as much as African cultural traditions. A tireless political activist, James's writing on the Communist International stirred debate in Trotskyist circles.