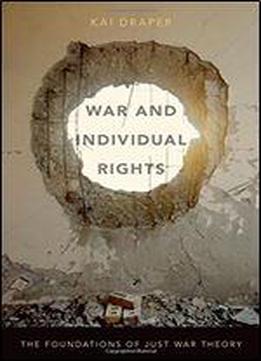 This study begins with the assumption that individual rights exist and stand as moral obstacles to the pursuit of national, no less than personal, interests. That assumption might seem to demand a pacifist rejection of all war, for any sustained war effort requires military operations that predictably kill many non-combatants, most of whom presumably have a right not to be killed. Yet the book concludes that sometimes recourse to war is justified. Its argument relies on the insights of John Locke to develop and defend a framework of rights to serve as the foundation for a new just war theory.