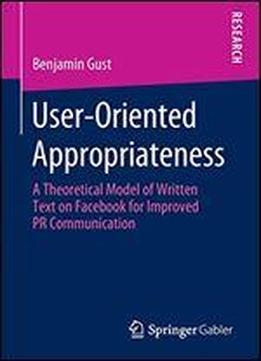 Public Relations is fundamentally concerned with communication but social networking sites such as Facebook have influenced the way people communicate with one another and interpret text-based communication online. PR people who have grown up using traditional media often struggle with the new, digital world and its unfamiliar techniques and language. An increasing number of users, on the other hand, expect a different form of organisational communication. Benjamin Gust presents the new theory of user-oriented appropriateness, which is helping to communicate well in this new world of digital communication via social media.