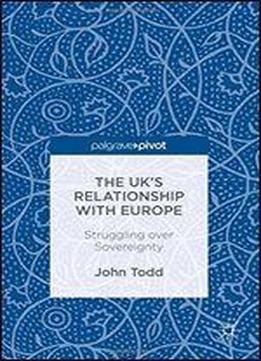 This book provides an accessible and timely analysis of how the British discourse on Europe has evolved over the past forty years. It focuses on three key episodes: the 1975 referendum on the UK’s continued membership of the European Economic Community the 1992-3 debates on ratification of the Maastricht Treaty and the more recent proto-referendum debates sparked by David Cameron’s Bloomberg speech in January 2013. Using a discourse-analytical approach, the book analyses how political and media voices seek to delineate a British sense of self from a Continental other. Importantly, the book also pays close attention to the rising prominence of immigration issues within the British discourse on Europe.