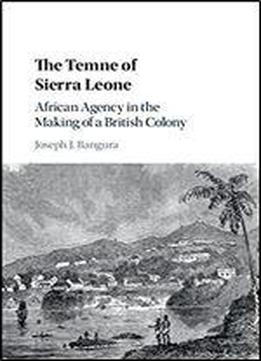 The Temne Of Sierra Leone: African Agency In The Making Of A British Colony
Tags: Joseph J Bangura

Much of the research and study of the formation of Sierra Leone focuses almost exclusively on the role of the so-called Creoles, or descendants of ex-slaves from Europe, North America, Jamaica, and Africa living in the colony. In this book, Joseph J. Bangura cuts through this typical narrative surrounding the making of the British colony, and instead offers a fresh look at the role of the often overlooked indigenous Temne-speakers. Bangura explores, however, the socio-economic formation, establishment, and evolution of Freetown, from the perspective of different Temne-speaking groups, including market women, religious figures, and community leaders and the complex relationships developed in the process. Examining key issues, such as the politics of belonging, African agency, and the creation of national identities, Bangura offers an account of Sierra Leone that sheds new perspectives on the social history of the colony.