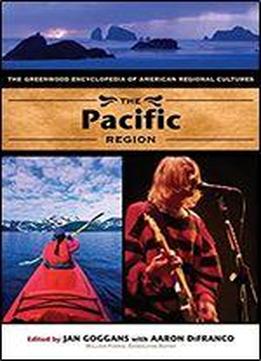 Robert Penn Warren once wrote West is where we all plan to go some day, and indeed, images of the westernmost United States provide a mythic horizon to American cultural landscape. While the five states (California, Oregon, Washington, Alaska, and Hawai'i) which touch Pacific waters do share commonalities within the history of westward expansion, the peoples who settled the region?and the indigenous peoples they encountered?have created spheres of culture that defy simple categorization. This wide-ranging reference volume explores the marvelously eclectic cultures that define the Pacific region. From the music and fashion of the Pacific northwest to the film industry and surfing subcultures of southern California, from the vast expanses of the Alaskan wilderness to the schisms between native and tourist culture in Hawa'ii, this unprecedented reference provides a detailed and fascinating look at American regionalism along the Pacific Rim. The Greenwood Encyclopedia of American Regional Cultures is the first rigorous reference collection on the many ways in which American identity has been defined by its regions and its people. Each of its eight regional volumes presents thoroughly researched narrative chapters on Architecture Art Ecology &amp; Environment Ethnicity Fashion Film &amp; Theater Folklore Food Language Literature Music Religion and Sports &amp; Recreation. Each book also includes a volume-specific introduction, as well as a series foreword by noted regional scholar and former National Endowment for the Humanities Chairman William Ferris, who served as consulting editor for this encyclopedia.