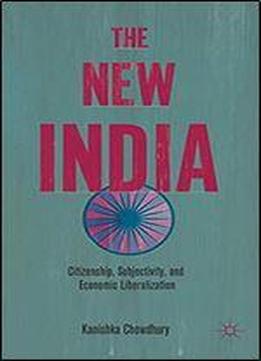 The New India looks critically at various constructions of the Indian citizen from 1991 to 2007, the period when economic liberalization became established government policy. Liberalization generated complex social and economic tensions, and Chowdhury reveals how these tensions shaped images of the citizen in cultural narratives of the time in films, literary texts, corporate advertisements, political documents, and citizens' responses to the privatization of public space. Examining differing images of citizenship and its rules and rituals in these narratives, Chowdhury sheds light on the complex interactions between culture and political economy in the New India.