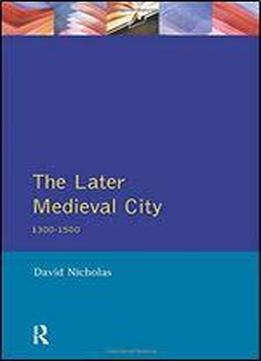 The Later Medieval City, 1300-1500, the second part of David Nicholas's ambitious two-volume study of cities and city life in the Middle Ages, fully lives up to its splendid precursor, The Growth of the Medieval City. (Like that volume it is fully self-sufficient, though many readers will want to use the two as a continuum.) This book covers a much shorter period than the first. That traced the rise of the medieval European city system from late Antiquity to the early fourteenth century this offers a portrait of the fully developed late medieval city in all its richness and complexity. David Nicholas begins with the economic and demographic realignments of the last two medieval centuries. These fostered urban growth, raising living standards and increasing demand for a growing range of urban manufactures. The hunger for imports and a shortage of coin led to sophisticated credit mechanisms that could only function through large cities. But, if these changes brought new opportunities to the wealthy, they also created a growing problem of urban poverty: violence became endemic in the later medieval city. Moreover, although more rebellions were sparked by taxes than by class conflict, class divisions were deepening. Most cities came to be governed by councils chosen from guild-members, and most guilds were dominated by merchants. The landowning elite that had dominated the early medieval cities of the first volume still retained its prestige, but its wealth was outstripped by the richer merchants while craftsmen, who had little political influence, were further disadvantaged as access to the guilds became more restricted. The later medieval cities developed permanent bureaucracies providing a huge range of public services, and they were paid for by sophisticated systems of taxation and public borrowing. The survival of their fuller, richer records allow us not only to apply a more statistical approach, but also to get much closer, to the splendours and squalors of everyday city-life than was possible in the earlier volume. The book concludes with a set of vibrant chapters on women and children and religious minorities in the city, on education and culture, and on the tenor of ordinary urban existence. Like its predecessor, this book is massively, and vividly, documented. Its approach is interdisciplinary and comparative, and its examples and case studies are drawn from across Europe: from France, England, Germany, the Low Countries, Iberia and Italy, with briefer reviews of the urban experience elsewhere from Baltic to Balkans. The result is the most wide-ranging and up-to-date study of its multifaceted subject. It is a formidable achievement. 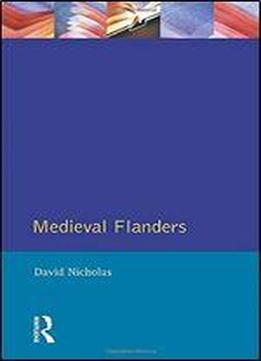