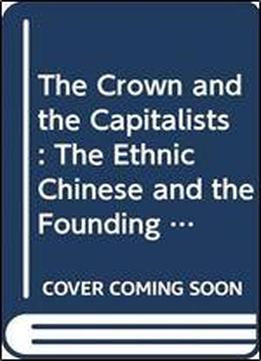 The Crown And The Capitalists: The Ethnic Chinese And The Founding Of The Thai Nation
Tags: Wasana Wongsurawat

Despite competing with much larger imperialist neighbors in Southeast Asia, the Kingdom of Thailand or Siam, as it was formerly known has succeeded in transforming itself into a rival modern nation-state over the last two centuries. Recent historiography has placed progress or lack thereof toward Western-style liberal democracy at the center of Thailand's narrative, but that view underestimates the importance of the colonial context. In particular, a long-standing relationship with China and the existence of a large and important Chinese diaspora within Thailand have shaped development at every stage. As the emerging nation struggled against colonial forces in Southeast Asia, ethnic Chinese entrepreneurs were neither a colonial force against whom Thainess was identified, nor had they been able to fully assimilate into Thai society. Wasana Wongsurawat demonstrates that the Kingdom of Thailand's transformation into a modern nation-state required the creation of a national identity that justified not only the hegemonic rule of monarchy but also the involvement of the ethnic Chinese entrepreneurial class upon whom it depended. Her revisionist view traces the evolution of this codependent relationship through the twentieth century, as Thailand struggled against colonial forces in Southeast Asia, found itself an ally of Japan in World War II, and reconsidered its relationship with China in the postwar era.