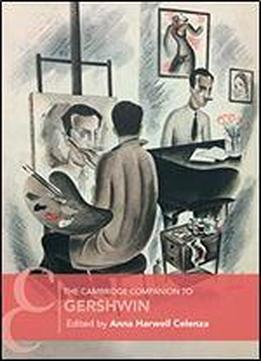 George Gershwin is often described as a quintessentially American composer. This Cambridge Companion explains why, engaging with the ways in which his music was shaped by American political, intellectual, cultural and business interests. As a composer and performer, Gershwin embraced technological advances and broke new ground in music business practices. In the decades preceding World War II, he captured the mechanistic pulse of modern life with his concert works and lay the groundwork for the Great American Songbook with his Broadway shows and film music. With his brother Ira, and his cousins Henry and B. A. Botkin, Gershwin explored various ethnic and cultural identities and contemplated their roles in US culture. His music confronted race during the Jim Crow era and continues to engage with issues of race today. This interdisciplinary exploration of Gershwin's life and music describes his avowed pursuit of an 'American' musical identity and its ongoing legacy.