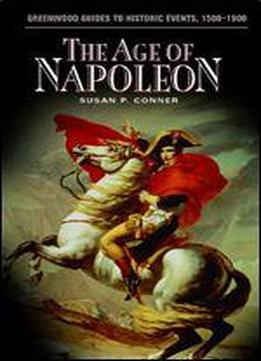 Hegel called him an idea on horseback, a description that suggests Napoleon Bonaparte's complexity, as well as the extent to which he changed France, Europe, and the world. Napoleon has been called a visionary, a pragmatist, a cynical opportunist, an ogre, and a demigod. Here, he is described in his own words and the words of his contemporaries: from his clannishness to his knack for being at the right place at the right time, and from his genius to his obsession with detail. Napoleon brought order out of the chaos of the French Revolution, pressed for revolutionary equality of opportunity, and planned a European union. In the process, he knew peace for only 14 months of his 15-year reign, marched his armies from Lisbon to Moscow, and caused the deaths of millions. In this resource, a detailed timeline, maps, illustrations, biographical sketches, and primary documents help students get a feel for the brief but enduring Age of Napoleon.