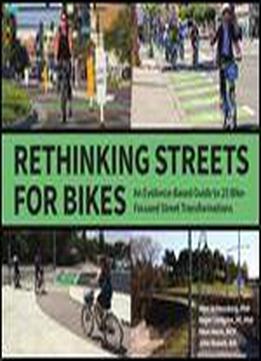 We are excited to present Rethinking Streets for Bikes, the secondin the ”Rethinking Streets” series. This installment focuses onhigh-quality street retrofit projects that prioritize bicycle trans-portation. We were extremely encouraged with the response tothe 2015 release of the first book, which looked at completedstreet retrofit projects that benefited walking, biking, or transit.Those projects were very straightforward and could be imple-mented in communities across the country. We purposefullychose such normal-looking streets because we wanted to makeit clear to a broad range of community stakeholders and deci-sion makers that re-designing streets can be a win for all modes,as well as a boon for economic development and enhancingcommunity quality of life. That book has been downloaded over5,000 times by people in over twenty countries, and we are hop-ing this one will reach a similar audience.