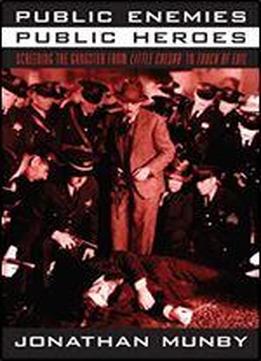 In this study of Hollywood gangster films, Jonathan Munby examines their controversial content and how it was subjected to continual moral and political censure. Beginning in the early 1930s, these films told compelling stories about ethnic urban lower-class desires to "make it" in an America dominated by Anglo-Saxon Protestant ideals and devastated by the Great Depression. By the late 1940s, however, their focus shifted to the problems of a culture maladjusting to a new peacetime sociopolitical order governed by corporate capitalism. The gangster no longer challenged the establishment the issue was not "making it," but simply "making do." Combining film analysis with archival material from the Production Code Administration (Hollywood's self-censoring authority), Munby shows how the industry circumvented censure, and how its altered gangsters (influenced by European filmmakers) fueled the infamous inquisitions of Hollywood in the postwar '40s and '50s by the House Committee on Un-American Activities. Ultimately, this provocative study suggests that we rethink our ideas about crime and violence in depictions of Americans fighting against the status quo.