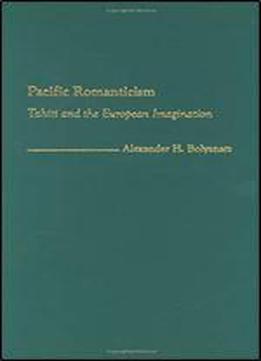 Europeans' romanticist imaginings of people from the South Pacific have been around since the Enlightenment and have been significantly informed by the accounts of voyages to Tahiti by people such as Louis Bougainville. This book shows that the overtly promiscuous behavior that the French perceived as hospitality on the part of the Tahitians in 1768 was actually a defensive ploy, and that our contemporary image of sex and sexuality in Pacific Island societies is influenced by a fantasy based on this French misperception. This volume takes a very detailed look at traditional Tahitian culture and society and provides a realistic description of what happened on Tahiti when Europeans encountered the people who lived there. Bolyanatz provides a very readable history of South Pacific exploration and Enlightenment thinking. Anyone interested in the development of Enlightenment thought and the way it has developed since the 18th century will enjoy this book.