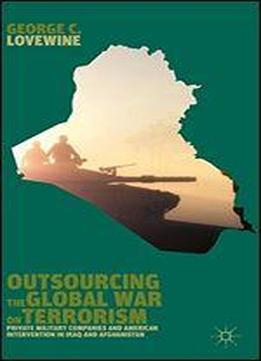 Outsourcing the Global War on Terrorism explores how the United States' war on terrorism, in both Iraq and Afghanistan, has required the US military to employ thousands of contracted civilians working for US and foreign Private Military and Private Security Companies (PMSCs). The actions and operations of unsupervised PMSCs has created an environment that had the potential to not only negatively influence tactical US objectives, but could also harm strategic local capacity-building initiatives. Given the military and political importance of US operations in Iraq and Afghanistan, George C. Lovewine provides a much-needed analysis of the interaction between commercial entities, military operations, and policy objectives. Lovewine's analyses identify the reactions and policy responses to these security issues faced by the United States military today.