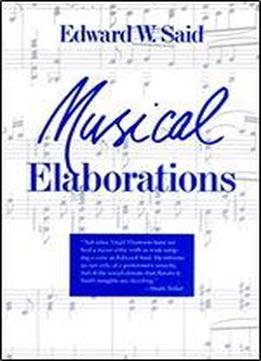 The emergence of performance as an "extreme occasion" begins this absorbing analysis of the cultural and social contexts of Western classical music. Said (humanities, Columbia) juxtaposes its specialized, technically superior, and commercially packaged nature against the private worlds of performer and listener, expertly drawing throughout from noted writers including Theodor Adorno and Joseph Kerman and from such singular careers as Arturo Toscanini and Glenn Gould. Particularly compelling are the questions of the intrinsic nature of music itself and of its curious interrelationships with politics, national culture, and critical thought. Provocative commentary on Wagner's Die Meister singer and Bach's B Minor Mass , for example, demonstrates how music has both reflected and influenced society, while remaining in the artistic realm. Scholarly and thought-provoking, this is best suited for academic libraries. 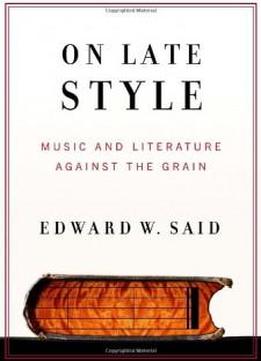 On Late Style: Music And Literature Against ...