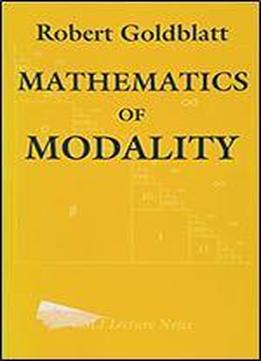 Modal logic is the study of modalities—expressions that qualify assertions about the truth of statements—like some ordinary language phrases and mathematically motivated expressions. The study of modalities dates from antiquity, but has been most actively pursued in the last three decades. This volume collects together a number of Golblatt's papers on modal logic, beginning with his work on the duality between algebraic and set-theoretic models, and including two new articles, one on infinitary rules of inference, and the other about recent results on the relationship between modal logic and first-order logic. 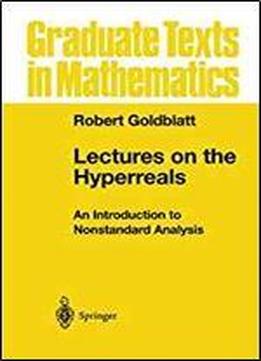 Lectures On The Hyperreals: An Introduction To ...