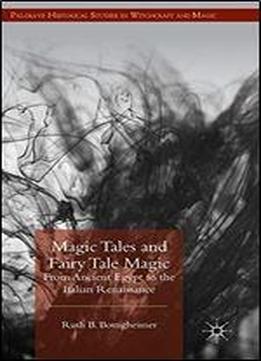 This book details magic's generally maleficent effect on human beings from ancient Egypt through the Middle Ages, including tales from classical mythology, Jewish, Christian, and Muslim cultures. Bottigheimer shows that certain magical motifs lived on from age to age, but that it took until the Italian Renaissance for magic tales to become fairy tales. Scores of forgotten or little known tales are re-told, allowing readers to form their own conclusions along with the author's analyses.