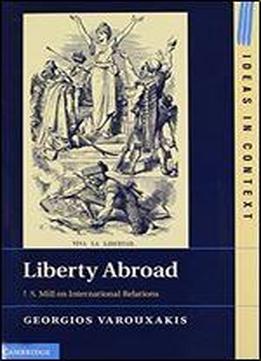 John Stuart Mill (1806–73) is widely regarded as the pre-eminent thinker of the liberal tradition and yet because his views on international relations cannot be traced in any particular book or essay, his political thought remains largely misunderstood. Liberty Abroad is the first comprehensive, critical study which brings together all of John Stuart Mill's extensive contributions with particular attention to the historical contexts in which they were produced, as well as the political and philosophical preoccupations that prompted them, and how they were received among his contemporaries. A leading Mill scholar, Dr Georgios Varouxakis combines an extraordinary command of Mill's varied and extensive writings with a meticulous mastery of a range of Victorian controversies and thinkers to give a full, subtle evaluation of a major aspect of Mill's thought. This definitive study offers a major contribution to an area of increasing scholarly interest: the history of international political thought.