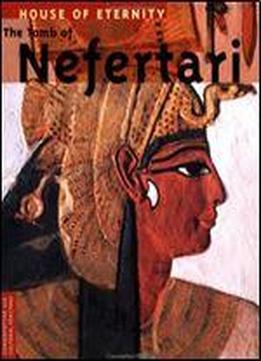 Nefertari, the favorite queen of Rameses II, was buried about 3,200 years ago in the most exquisitely decorated tomb in Egypt's Valley of the Queens. Discovered in 1904 by Italian explorer Ernesto Schiaparelli, the tomb had deteriorated to a disastrous extent when emergency consolidation began in 1986. The six-year conservation project of the GCI and the Egyptian Antiquities Organization was completed in 1992. In this fascinating exploration of the tomb, John McDonald takes the reader through each chamber, describing the hieroglyphic messages depicted in the brilliant wall paintings and discussing the images within the context of Egyptian beliefs. He also offers insights into the life of Nefertari, the development and symbolism of royal tombs, and the construction and decoration of the tombs. House of Eternity is illustrated with historic black-and-white images and more recent color photographs that reveal the vibrant beauty of the wall paintings. In November 1995 the tomb was reopened to the public. Because of the potential for damage and deterioration to the fragile wall paintings caused by increased humidity, carbon dioxide, and microbiological activity introduced by visitors to the tomb, the number permitted to enter daily is strictly controlled by the Egyptian authorities. This book results from a desire of the GCI to enrich visitors' experience by providing a detailed descriptive walk-through of the tomb while conveying a strong message regarding the need for conservation and continuous monitoring to ensure the long-term survival of the tomb's paintings. Visitors to the tomb and the armchair traveler alike will find House of Eternity to be an excellent resource for understanding Nefertari's journey to the afterlife and for appreciating the extraordinary depictions of that journey on the walls of Nefertari's tomb.