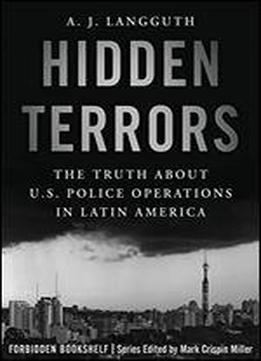 Hidden Terrors: The Truth About U. S. Police Operations In Latin America
Tags: A. J. Langguth

A "devastating" expos of the United States' Latin American policy and the infamous career and assassination of agent Dan Mitrione (Kirkus Reviews). In 1960, former Richmond, Indiana, police chief Dan Mitrione moved to Brazil to begin a new career with the United States Agency for International Development. During his ten years with the USAID, Mitrione trained and oversaw foreign police forces in extreme counterinsurgency tactics including torture aimed at stomping out communism across South America. Though he was only a foot soldier in a larger secret campaign, he became a symbol of America's brutal interventionism when he was kidnapped and executed by Tupamaro rebels in Montevideo, Uruguay. In Hidden Terrors, former New York Times Saigon bureau chief A. J. Langguth chronicles with chilling detail Mitrione's work for the USAID on the ground in South America and Washington, DC, where he shared his expertise. Along the way, Langguth provides an authoritative overview of America's efforts to destabilize communist movements and prop up military dictators in South America, presenting a "powerful indictment of what the United States helped to bring about in this hemisphere" (The New York Times). Even today, the tactics Mitrione helped develop continue to influence operations in Guantanamo Bay, Cuba, and black sites around the globe. 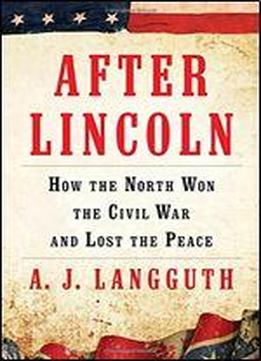 After Lincoln: How The North Won The ...