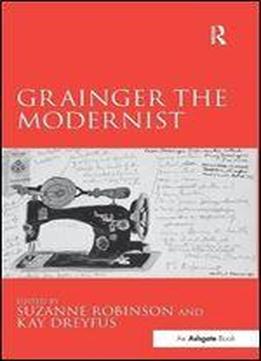 Percy Grainger has remained on the margins of American music history and twentieth-century modernism. This volume reveals him to be a self-described hyper-modernist who composed works of uncompromising dissonance, challenged the conventions of folk song collection and adaptation, re-visioned the modern orchestra, experimented with ego-less composition and designed machines intended to supersede human application. By reappraising Graingers social and historical connectedness and exploring the variety of aspects of modernity seen in his activities, the authors create a profile of a composer whose modernist aesthetic paralleled that of the most advanced composers of his day.