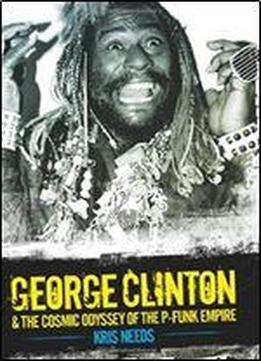 The first in-depth biography of one of musics most fascinating, colourful and innovative characters. The definitive history of the last of the black music pioneers. Clinton stands alongside James Brown as one of the most influential black artists of all time and along with his P-Funk Collective, took black funk into the US charts and sold out stadiums by the mid 1970s with his extravagant shows. The book contains a wealth of new first hand interview material with Clinton, key P-Funk personnel and other friends and associates, eye-witness accounts of key moments in Clintons history create the ultimate P-Funk history. It features new interviews including Red Hot Chili Peppers, Rick James, Prince, Zapp, Public Enemy, Living Colour and others and presents a unique record of black popular culture alongside the broader historical context of social changes. A fan since the early 1970s, Kris Needs has collected every Clinton-related record and has written a number of exhaustive histories of the P-Fun collective for a variety of magazines. He has interviewed Clinton several times, getting to know him during the 1990s when he collaborated with Primal Scream, leading to an all-nighter at the Brixton Academy which saw Kris DJ for his hero.