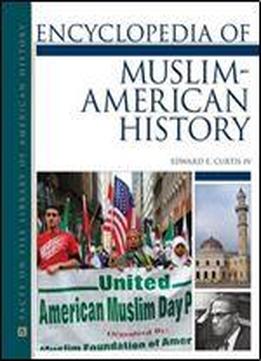 Muslims have long played a central role in American history. Since the colonial period when an estimated 20,000 African Muslims were transported to America as slaves, through the early 20th century when Muslim immigrants entered the United States from the Middle East, Europe, and Asia, to the present day, Islam has been an integral part of the American experience. The founding of the Nation of Islam in the 1930s augmented the Muslim-American population among African Americans, and this group including such prominent figures as Malcolm X, Muhammad Ali, and Louis Farrakhan has had an enormous influence on American life and politics since the 1960s. Since passage of the Immigration Act of 1965, approximately 1 million Muslims have come to America, establishing new neighborhoods and communities in all 50 states. Few groups are as diverse as Muslim Americans, and yet no other group has been as stereotyped, maligned, or marginalized in American society. The terrorist attacks of 9/11 produced a heavy backlash, transforming the Muslim-American experience in the United States. At the dawn of the 21st century, they are often misunderstood by mainstream society, portrayed as caricatures if they are portrayed at all. The new Encyclopedia of Muslim-American History aims to rectify this treatment and place Muslim Americans squarely in the center of American history and culture. Written in clear and jargon-free prose, this authoritative reference provides a new and broader, more inclusive approach to American history. Including nearly 300 articles, this two-volume reference book is the first to focus on this critical subject, covering all the historical and contemporary issues, events, people, court cases, themes, and activism relating to Muslim Americans. More than 100 historians, scholars, and experts contributed to this encyclopedia, tracing the experiences and impact that Muslim Americans have had on our nation's history for hundreds of years. Original documents, a master chronology, and an extensive bibliography complete this illustrated reference.