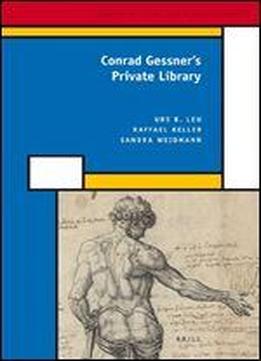 The Swiss physician and polymath Conrad Gessner (1516-1565) was one of the most prominent scientists of the early modern period and wrote numerous important works. During the last two decades were discovered nearly 400 titles from his private Library. They give an interesting insight into his interests and his sources. The present book contains not only an introduction and a catalogue of these books, but also inventories of the lost works as well as the still extant and lost manuscripts possessed by Gessner. They open the door to Gessner's study and to the intellectual world of a fascinating Renaissance scholar.