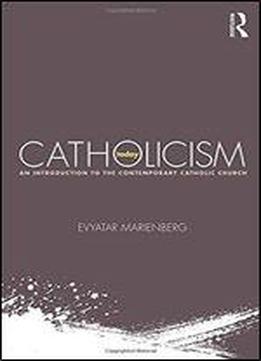 Catholics are not Christians. They worship Mary. They do whatever the pope says. They cannot divorce. They eat fish on Fridays. These flawed but common statements reflect a combined ignorance of and fascination with Catholicism and the Catholic Church. Catholicism Today: An Introduction to the Contemporary Catholic Church aims to familiarize its readers with contemporary Catholicism. The book is designed to address common misconceptions and frequently-asked questions regarding the Church, its teachings, and the lived experience of Catholics in modern societies worldwide. Opening with a concise historical overview of Christianity in general and Catholicism in particular, the text explores the core beliefs and rituals that define Catholicism in practice, the organization of the Church and the Catholic calendar, as well as the broad question of what it means to be Catholic in a variety of cultural contexts. The book ends with a discussion of the challenges facing the Church both now and in the coming decades. Also included are two short appendices on Eastern Catholicism and Catholicism in the United States.