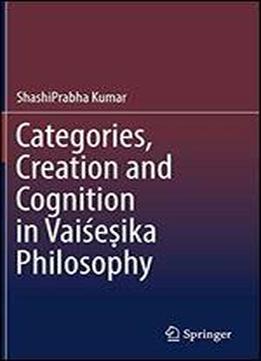 The proposed book presents an overview of select theories in the classical Vaieika system of Indian philosophy, such as the concept of categories, creation and existence, atomic theory, consciousness and cognition. It also expounds in detail the concept of dharma, the idea of the highest good and expert testimony as a valid means of knowing in Vaieika thought. Some of the major themes discussed are the religious inclination of Vaieika thought towards Pasupata Saivism, the affiliation of the Vaieika System to the basic foundations of Indian philosophical thought, namely Veda and Yoga, and their insights into science, hermeneutics and metaphysics. In addition, this book includes recent Sanskrit commentaries on key Vaieika texts and provides a glimpse of Vaieika studies across the world. Overall, this book enunciates the Vaieika view from original sources and is an important work for Vaieika studies in current times for serious students as well as researchers.