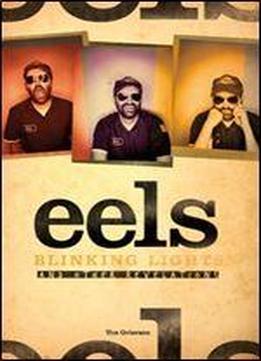 Blinking Lights And Other Revelations: The Story Of Eels
Tags: Tim Grierson

Over the last 15 years, Mark Everetts band, Eels, has released nine acclaimed albums, from Beautiful Freak to 2010s Tomorrow Morning. Everett is also one of musics most fascinating characters and Blinking Lights covers his unusual childhood, the tragedy of his sisters suicide, his relationship with his brilliant mathematician father and his initial struggles to succeed in the music industry. With Everett's blessing, this book integrates interviews with those closest to him, including former band members. Featuring a detailed discography, this first biography of the band is an in-depth examination of its extensive career.