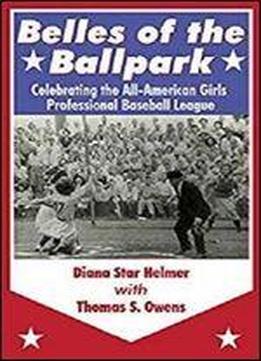 Belles of the Ballpark: Celebrating the All-American Girls Professional Baseball League recaptures the AAGPBLs 11 amazing seasons. From its inspiring beginnings in World War II, thanks to the innovation of Chicago Cubs owner P.K. Wrigley, the Girls League gave Midwestern towns a league of their own. Share classic memories from former players, coaches, fans, major leaguer Casey Candaele (son of a Girls League batting champion) and his brother Kelly, who wrote the story that became the movie A League of Their Own. A member of the all-girls Wisconsin baseball youth league, supported by the AAGPBL, tells about her opportunity decades before Little League allowed females on the field. Discover how two women rescued the leagues history from near obscurity in the 1980s. If you liked the movie, youll love this epic true story.