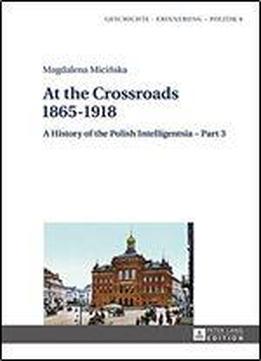 At The Crossroads - 1865-1918: A History Of The Polish Intelligentsia - Part 3 Edited By Jerzy Jedlicki
Tags: Magdalena Micinska

The three-part work provides a first synthetic account of the history of the Polish intelligentsia from the days of its formation to World War I. The third part deals with the period between 1865 and 1918. It is the period of numerical growth of the intelligentsia, growth of its self-consciousness and at the same time of growing struggles and rivalries of various political streams. The study concludes with the moment when Poland regained the independence that had been lost in 1795. The work combines social and intellectual history, tracing both the formation of the intelligentsia as a social stratum and the forms of engagement of the intelligentsia in the public discourse. Thus, it offers a broad view of the group's transformations which immensely influenced the course of the Polish history.