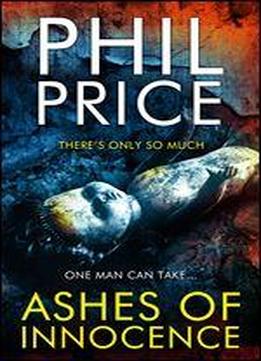 Ashes Of Innocence: There's Only So Much One Man Can Take
Tags: Phil Price

They didn’t mean to cause her harm. She was just there, asking to be taken. However, the two brothers had no clue what would happen next. They never imagined that the day would end in murder. Would they have done it, knowing the outcome? Knowing that their crazed act would hurt so many? Trying to keep his family from falling apart, an ex-soldier tries to come to terms with his loss. Unable to comprehend the chaos that has ripped his world apart. Can he rely on the system to ensure that justice is served? Or will he decide on his own means of retribution?