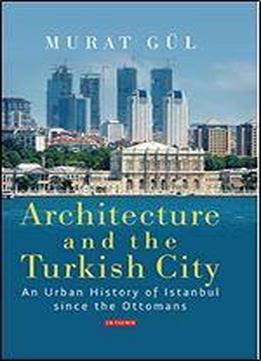 Architecture And The Turkish City: An Urban History Of Istanbul Since The Ottomans
Tags: Murat GГјl

Architecture and urban planning have always been used by political regimes to stamp their ideologies upon cities, and this is especially the case in the modern Turkish Republic. By exploring Istanbul's modern architectural and urban history, Murat Gul highlights the dynamics of political and social change in Turkey from the late-Ottoman period until today. Looking beyond pure architectural styles or the physical manifestations of Istanbul's cultural landscape, he offers critical insight into how Turkish attempts to modernise have affected both the city and its population. Charting the diverse forces evident in Istanbul's urban fabric, the book examines late Ottoman reforms, the Turkish Republic's turn westward for inspiration, Cold War alliances and the AK Party's reaffirmation of cultural ties with the Middle East and the Balkans. Telltale signs of these moments - revivalist architecture drawing on Ottoman and Seljuk styles, 1930s Art Deco, post-war International Style buildings and the proliferation of shopping malls, luxurious gated residences and high-rise towers, for example - are analysed and illustrated in extensive detail.Connecting this rich history to present-day Istanbul, whose urban development is characterised anew by intense social stratification, the book will appeal to researchers of Turkey, its architecture and urban planning.