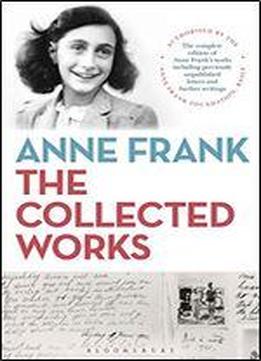 The complete, authoritative edition of Anne Frank's writings, including her diary in both the 'A' and 'B' versions now in continuous form, her further writings and important contextual essays Anne Frank: The Collected Works brings together for the first time Anne's world-famous diary, in both the version edited for publication by her father and the more revealing original, together with her letters, essays and important contextual scholarship. Supported by the Anne Frank Foundation in Basel, Switzerland, set up by Otto Frank to be the guardian of Anne's work, this is a landmark publication marking the anniversary of 90 years since Anne's birth in 1929. Anne Frank is one of the most recognized and widely read figures of the Second World War. Thousands of people visit the Anne Frank House on the Prinsengracht in Amsterdam each year to see the annex where Anne and her family hid from the Germans before eventually being deported to Auschwitz in 1944. Only Anne's father, Otto, survived the Holocaust. An essential book for scholars and general readers alike, The Collected Works includes Anne Frank's complete writings, together with important images and documents that tell the wider story of her life. Also included are background essays by notable historians and scholars--including "Anne Frank's Life" "The History of the Frank Family", "the Publication History of Anne Frank's diary"--and photographs of the Franks and the other occupants of the annex.