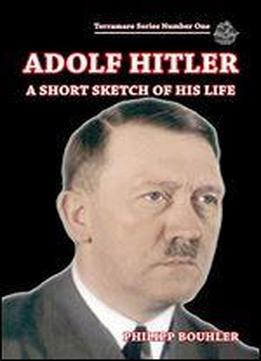 The official biography of Adolf Hitler, issued by the German Foreign Office in Berlin, 1938. Written by the Head of the Fhrer Chancellery, and published under the famous Terramare imprint in 1938, this work was designed to provide the English-speaking world with a brief introduction to the life and political career of Adolf Hitler up to that year. Starting with Hitler's early life, it moves on to describe his war record and political struggle to become chancellor. Thereafter it moves on to describe the various internal political measures followed by the Hitler government-from racial matters to economic and social reformation, all undertaken at the specific instruction of the German leader. This view on Hitler and the development of peacetime National Socialist Germany is unique because it was presented from the German point of view, published as it was with the official sanction of the Third Reich government. The author: Reichsleiter Philipp Bouhler was famous in his own right. After a father of a blind, deaf, limbless, and severely retarded baby wrote to Hitler asking that his child be granted euthanasia (the so-called "Knauer Case"), Bouhler was tasked with establishing a legal euthanasia project for the terminally ill or the severely retarded, a program for which he was accused of "war crimes" after the war. Rather than face trial, Bouhler committed suicide in 1945. Ironically, euthanasia is now (2014) legal in the Netherlands, Belgium and Luxembourg, and assisted suicide is legal in Switzerland, Germany, Albania, Colombia, Japan and in the US states of Washington, Oregon, Vermont, New Mexico and Montana. This edition has been completely reset and contains the entire original text and photographs. Contents Early Years Genesis of the Movement The Coup D'tat Critical Days The Movement Advances From Victory to Victory Hitler in Power The Third Reich 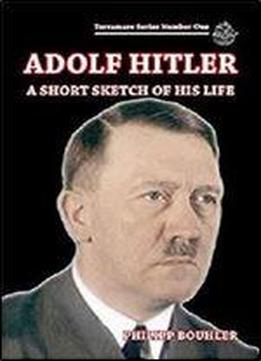 Adolf Hitler: A Short Sketch Of His ...