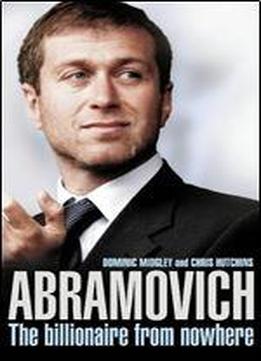 An investigative biography of soccer's richest Russian oil magnate, now the owner of Chelsea FC. Featuring exclusive interviews with some of his closest associates and members of his inner circle, this book will go some way towards unravelling the mystery behind the man with the billions.Journalists Dominic Midgley and Chris Hutchins get to grips with the Russian boss of Chelsea FC, who has already spent over GBP110 million on new players since he bought the club in the summer of 2003.Every aspect of his past, present and future is examined including his upbringing, the friendships that helped him break into the top ranks of the Kremlin, the business deals that made him a fortune in less than ten years, and the ambition that promises to make him as big a name in the West as in his homeland.Using exhaustive primary research, the authors will uncover the exclusive stories behind the billions Ambramovich made in Russia as Western-style capitalism was introduced by President Putin and why he has decided to invest part of it in a fashionable London football club.The rise of Roman Abramovich from provincial orphan to one of the most powerful men in Russia is a story that has all the i